Parodontopathy (paradentosis) is a periodontal disease, or a tooth support device. The disease has several stages, depending on the severity of the consequences. If it is in its advanced stage, parodontopathy can lead to tooth loss. The drastic outcome can be due to the fact that periodontal disease results in a gradual destruction of periodontal tissue, which eventually results in receding and loss of a jawbone and a tooth has no adequate support, it gets loose and falls out eventually.

It is very important to emphasize that periodontal disease cannot be cured completely. This means that gums (and the entire supporting dental apparatus) cannot be recovered and returned to their initial state, a healthy condition, once having been damaged by paradentosis. It is therefore crucial to notice the first symptoms of paradentosis in order to stop the disease at an earlier stage. The initial stages are not dangerous, and the treatment at that time is extremely simple.

What are the causes of periodontal disease?

Tartar is formed when dental plaque is blended with salts and minerals from saliva. Tartar affects gums negatively by creating places where the plaque additionally accumulates, and it is more difficult to remove. In addition, tartar can also exert mechanical pressure on gingiva, which also affects the occurrence of periodontal disease.

In addition to plaque and tartar, there are other factors that can lead to periodontal disease:

The first stage in the development of paradentosis presents gum inflammation (gingivitis). Gum disease is the symptom of paradentosis. If not noticed and treated in time, gum inflammation usually becomes paradentosis. The symptoms of the disease can worsen, such as soft and red gums. Since these symptoms are not easily detected, then the most common symptoms are painful and bleeding gums. If your gums bleed during brushing your teeth (or a similar mechanical pressure on gums), then this is a sign that you should contact a dentist. The therapy involves the removal of dental plaque and tartar along with the instructions on the proper maintenance of oral hygiene.

The second stage is characterized by similar symptoms as in gum inflammation. However, what indicates that gingivitis has grown into parodontopathy is a more frequent occurrence of the following symptoms: periodontal pockets and the appearance of some new feeling like burning of gums. Still, it can still be considered that the disease is in its initial stage, so the treatment of paradentosis can be done in a simple and easy way by removing the plaque and tartar, as well as in the case of gingivitis and pockets. With an increased oral hygiene, a patient can completely stop the development of periodontal disease.

At the third stage, there is gum recession. It is clearly visible, because gums are retreating, leaving a root tooth bare. In this way, the tooth itself is exposed to additional danger from getting infected, since a root tooth is “more vulnerable” than a crown. Along with gum recession, teeth also lose support, and they become loose. This stage means that paradentosis has already advanced, and the treatment is quite difficult. The therapy implies surgical intervention with a small incision on the gums to lift them. Afterwards, by using certain medications (PRF and Endogain) bone regeneration is stimulated. In this way, the support of a tooth is returned and it can be preserved.

The fourth stage is the ultimate stage when a jaw bone recedes quite noticeably, and a tooth falls out. Then the treatment of paradentosis is completely disabled. The only thing that can be done is the prosthetic care of a patient.

Although parodontopathy (paradentosis) is a disease that cannot be cured, it can still be stopped if the symptoms are noticed in time. Remember that healthy gums do not bleed.

The dental office Dental Vortex performs therapies for all stages of the disease. Therefore, feel free to call us and schedule a check-up. 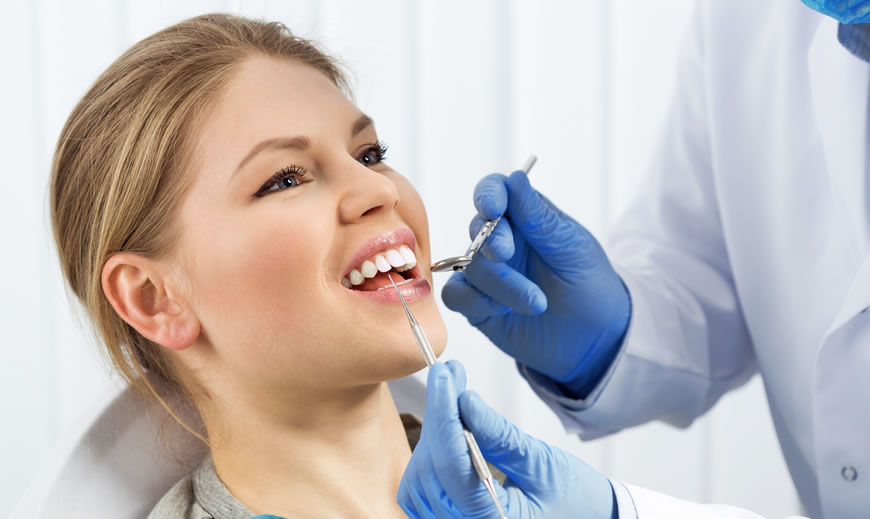 What is the function of gums and what are the symptoms of gum disease. Find out more about the causes and consequences of gum withdrawal, therapies for gum diseases…

A lot of people go to a dentist because of the problems with their teeth. However, gums are equally important for the health of teeth. Gums protect tooth roots which are more vulnerable than crowns. If gums are in a poor condition, teeth are endangered as well. Therefore, if you want to preserve the health of your teeth – pay attention to your gums.

What is the function of gums and what are the symptoms of gum diseases?

Before explaining the phenomenon of gum recession, it is necessary to say something briefly about gums and their function. Gums (a technical term: gingiva) is an epithelial and connective tissue that surrounds tooth roots. Healthy gums are completely attached to teeth, they are hard and pink. They keep tooth roots from harmful effects by posing an obstacle to food particles and bacteria in the mouth. Tooth roots are more vulnerable, i.e. less resistant to external influences than crowns because they are soft. Therefore, it is essential to preserve healthy gums.

One of the manifestations of unhealthy gums is gum recession. At the beginning of the process, a tooth crown increases, but this is not the only symptom.

The most common symptoms of gum recession are:

If you notice any of these symptoms, it is time to contact your dentist. Gum recession does not have to be too big a problem if it is in its initial stage. However, a progressive stage can lead to more serious consequences such as tooth loss.

Gum recession due to gum diseases

Gingivitis or gum inflammation is the first stage of a gum disease. It is caused by a bad effect of bacteria from dental plaque accumulated on gums and teeth. Therefore, gingivitis is practically the result of poor oral hygiene. Gingivitis is not too dangerous gum disease since it does not cause tissue damage. However, if the inflammation is not suppressed in time, severe forms of the disease can occur, which can lead to gum withdrawal.

Paradentosis (or paradontopathy) is a bacterial infection that affects gums and bones. Paradentosis represents the second stage of a gum disease. Unlike gingivitis, it damages  supporting tooth structure. Therefore, gum recession is one of the manifestations of the disease.

Gum recession due to other factors

Apart from abovementioned diseases, gum recession can occur due to mechanical effects, hereditary factors or as a result of bad habits.

Here are some of harmful factors:

The consequences of gum recession

The consequences that can be caused by gum recession:

Gum recession can lead to serious consequences. However, there are therapies that can prevent unwanted consequences.

The second procedure involves the use of a certain medication that encourages the growth of tissue cells. It is applied beneath gums and thus the gums return to the place from which they have receded. These are different types of membranes, growth proteins (Emdogain), growth factor medication from the blood of a patient (PRF).

Based on the size, localization of the recession and the width of the adjoining gingiva, a surgery specialist chooses a certain form of recession therapy.

Gum recession is not just an insignificant problem and, therefore, if you recognize symptoms, you should contact your dentist. The professional team of Dental Vortex is at your disposal.